ATLANTA, May 17, 2021 /PRNewswire/ — On Saturday, May 15, Clark Atlanta University received a total of $5 million in gifts and donations at its 2021 Commencement ceremonies.  This day was a historic day for Clark Atlanta University as it’s the first time in the institution’s history that such donations were made in one day in addition to the university hosting two commencement ceremonies in a single day. 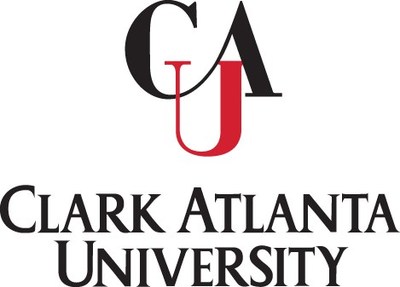 “I am elated that our beloved Clark Atlanta University has been selected to be the recipient of these major gifts. Major funds like this will help CAU provide greater opportunities to develop the next generation of entrepreneurs, social justice advocates and civic leaders, and game changers in higher education,” said Clark Atlanta University President George T. French Jr., Ph.D.

This year, Clark Atlanta University’s Commencement Ceremonies were extremely unique in that the university conducted two graduation ceremonies on the same day. President French and the CAU administration delivered on its promise to the Class of 2020 to hold an on-ground celebration for the class who was unable to have a commencement due to the COVID-19 pandemic.

The Class of 2020’s ceremony was held at 8:00 a.m. and the guest speaker was politician, attorney and voting rights activist Stacey Abrams.

Attorney, politician and political commentator Bakari Sellers, addressed the Class of 2021 during the 3:00 p.m. ceremony.

“We wanted to give our students the opportunity to walk across the stage, receive their diplomas and be recognized for their hard work in a traditional ceremony, it is a pivotal moment in their lives,” said President French.  “They have earned the right to experience that moment surrounded by their classmates, family and friends.”

Guest speaker Abrams is a New York Times bestselling author, who served as the Ga. House of Representatives Minority Leader from 2011 to 2017. In 2018, she launched Fair Fight Action, a national voting rights organization rooted in Georgia.

Sellers made history in 2006 as the youngest African-American elected official in the nation by winning a seat in the South Carolina State Legislature at age 22. Sellers, a CNN commentator and host of the Bakari Sellers Podcast, has been recognized as one of Time Magazine’s 40 Under 40 and made “The Root 100″ list of the most influential African-Americans.

“As an HBCU graduate myself, I can distinctly recall the pride and excitement I felt when I graduated,” said Sellers. “I hope to share a sense of optimism with these remarkable students as we honor their great accomplishments and look ahead to their bright futures.”

President French recognizes the importance of having two Black leaders who have profoundly affected American politics and civil rights.

“Our goal at Clark Atlanta University is to prepare our students to be globally competitive and to be successful contributors and trailblazers in their respective fields of study,” said French. “Hearing from Ms. Abrams and Mr. Sellers — two leaders who have already made a difference themselves — is a fitting way to send our students off fully prepared to take on the world.”