BEIJING, Dec. 27, 2021 /PRNewswire/ — La Chine & l‘espace arabo-africain, the French version of the book titled “China and Arabic & African Regions Pursuing the Belt and Road Initiative” authored by the Economist Fathallah Oualalou, Former Minister of Economy and Finance of Morocco and Senior Fellow at the Policy Center for the New South, came out in France. The author holds that the New Silk Road, or rather the Belt and Road definitely represents a way to redefine our world and the world balance and enables us to get a deeper understanding about how the African and Arabic countries relate to the Belt and Road. On December 16, 2021, the new book launch and the seminar themed on China-Arabic and China-African Cooperation Opportunities and Challenges were held online and offline, organized by Les Éditions de la Route de la Soie and China National Publications Import and Export (Group) Co., Ltd. (CNPIEC). Fathallah Oualalou, Former Minister of Economy and Finance of Morocco, Senior Fellow at the Policy Center for the New South, Economist; Mohammed Khalil, President of Morocco-China Friendship Association; David Monyae, Director of the Center for Africa-China Studies at the University of Johannesburg, South Africa; Khaled Elhaj Ahmed, Sinologist and Dean of the Department of Oriental Languages, the Higher Institute of Languages, Carthage University, Tunisia; Sonia Bressler, Chief Editor of Silk Road Publishing House (Les Éditions de la Route de la Soie); Mohamad Elkhatib, President of Digital Future Ltd.; Xue Qingguo, Professor of the School of Arabic Studies, Beijing Foreign Studies University (BFSU), Director of the BFSU Zayed Center for Arabic Language and Islamic Studies, and Vice President of the Chinese Society for the Study of Arabic Literature; Liu Xinlu, Dean of the School of Arabic Studies, BFSU; and Zhang Yongpeng, Researcher of the Institute for West-Asian and African of the Chinese Academy of Social Sciences among other Chinese and foreign scholars and experts discussed the contents of the book. 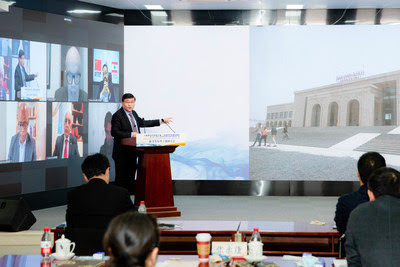 The speakers at the meeting agreed that it is a significant book expounding the Belt and Road Initiative and its impact upon the African continent and the Middle East, responding to the challenges related to health, poverty, environment, technological revolution and world reshaping. Overseas scholars indicate the new world landscape is taking shape under new circumstances and the Belt and Road Initiative has brought many hopes in this process. China is like a locomotive of the world’s development; it is a great driving force. It should better participate in the construction of the world landscape to usher in a more peaceful, balanced, mutually beneficial, friendly and inclusive future. 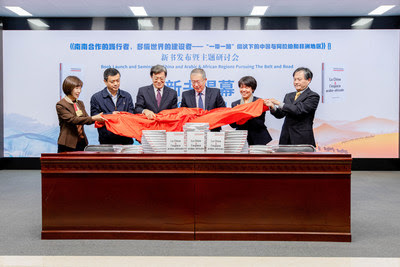 The French version of the book was first published. In the future, the Chinese version and Arabic version will also be published by Guangming Daily Press of China and Digital Future Ltd. respectively.

LeddarTech Brings Raw Data Fusion and Perception Technology to Automotive ADAS and AD Events in China and the U.S.

QUEBEC CITY, Aug. 10, 2022 (GLOBE NEWSWIRE) — LeddarTech®, a global leader in providing the most flexible, robust and accurate ADAS and AD sensing technology, is pleased to announce a series of events in China and the United States focused on demonstrating their newest technology, LeddarVision™, a unique raw data fusion and perception solution. LeddarTech’s […]