GUANGZHOU, China, Sept. 21, 2018 /PRNewswire/ — The China Import and Export Fair (Canton Fair) announced an expansion in their offering to buyers with the signing of travel partnership deals with China Southern Airlines and Turkish Airlines for the upcoming 124th Canton Fair. 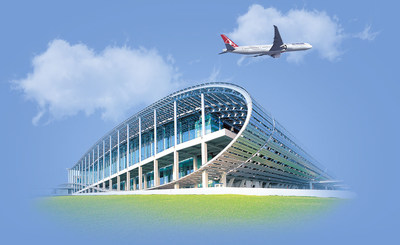 The new deals mark a significant expansion in the fair’s engagement plan with the international community. The partnership with China Southern Airlines will serve buyers from North America, while Turkish Airlines will provide participants with selected benefits on a wide range of routes from Middle East, Africa and South America.

“Over the past 61 years, the fair has received overwhelming support from countries across the world. During the 123rd Canton Fair, in particular, we welcomed over 33,426 buyers from America and over 90,576 from countries participating in the Belt and Road Initiative, ” said Alan Liu, Deputy Director General of the Foreign Affairs Office at Canton Fair. “This year, and with this continued support in mind, we are pleased to announce our new partnership with two leading Airlines, which will greatly expand our offering and extend our invitation to global buyers from developed and emerging markets.”

The Canton Fair, China’s largest and most inclusive trade exhibition, is considered the window to China. According to recent customs data, bilateral trade between China and Africa reached USD170 billion in 2017, with an average growth rate of 14.1 percent per year. In the same year, China-Arab trade approached $200 billion (Dh734 billion), up 11.9 per cent year-on-year, while direct Chinese investment in Arab countries increased 9.3 per cent to $1.26 billion.

Development cooperation is increasing at all levels. With significant room for further global collaboration and growth, the fair is continuously looking to expand its offering and extend their invitation to ‘discover more at the Canton Fair’ to buyers and sellers across the world.

About the Canton Fair

The China Import and Export Fair, also known as the Canton Fair, is held biannually in Guangzhou every spring and fall. Established in 1957, the Canton Fair is now a comprehensive exhibition with the longest history, highest level, largest scale and largest number of products as well as the broadest distribution of buyer origins and the highest business turnover in China.

CHENGDU, China, Feb. 23, 2022 /PRNewswire/ — Centering on building “one center and three platforms”, Chengdu Hi-Tech Zone and Huawei work together to build the Chengdu AI Computing Center, a world-leading next-generation AI computing platform, which will serve as the foundation for building a future intelligent world. Chengdu, the capital of southwestern China’s Sichuan province, is […]