Now working on the Nairobi Expressway project, XCMG has exported over 2,000 units of heavy machinery equipment to Kenya

NAIROBI, Kenya, March 26, 2021 /PRNewswire/ — A fleet of cranes and excavators, along with rotary drilling rigs and asphalt plants from XCMG (SZ. 000425), the leading Chinese construction machinery manufacturer, are carrying out an important role on the Nairobi Expressway project which will connect Jomo Kenyatta International Airport in the east of the city and Nairobi-Nakuru Highway in the west when completed. These machines bring the amount to over 2,000 units of equipment since XCMG began exporting to support infrastructure construction in Kenya, which is now taking shape. 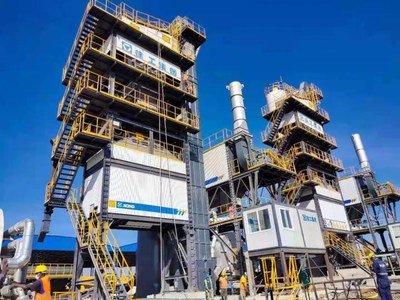 “We see huge potential for African countries and China as part of our mutually complementary growth. We have experience in construction technology and high-end construction equipment so everyone can benefit,” said Jiansen Liu, VP of XCMG. “We are very proud of the Africa and China friendship and cooperation.”

XCMG was among the earliest Chinese construction companies to enter the African market. To expand its sales operation in Kenya and bring well-rounded service to local clients, XCMG established a subsidiary company in Nairobi in 2011, providing not only high-quality products to aid Kenya’s rapid infrastructure development, but also comprehensive aftersales services.

Across the continent, XCMG’s equipment is widely seen in major construction projects, such as the Djibouti harbor, the Burka-Mille road section of Kombolcha-Bati-Mille route in Ethiopia, the Nyayo National Stadium in Kenya among others. 198 units of XCMG equipment joined the construction of Kenya’s Mombasa–Nairobi Standard Gauge Railway project, as well as nearly 1,000 units of equipment totaling US$150 million to build the Dangote refinery project in Nigeria.

Additionally, XCMG has been running a series of public welfare projects in Kenya, Angola, the Democratic Republic of Congo, among others, including mosquito net donations launched in 2018, the XCMG scholarship program and the African water cellar project to relieve water shortages in dry seasons since 2016, leading XCMG to win wide praise and extensive recognition for supporting Africa.